Are you ready to rise in unison to applaud the brilliant tribute of Britt Floyd to one of the best rock bands that ever existed on the face of the planet? Well, you better be ready because the "World's Greatest Pink Floyd Tribute Show" will leave no stone unturned this Sunday, April 30, as they are about to give justice to the songs of the great Pink Floyd at the Orpheum Theatre Boston. Get ready as Brit Floyd will recreate not only the songs and performance of the band but the avant-garde lighting, graphics, props, and sound effects that made Pink Floyd one of the most epic rock 'n roll acts of all time. If you want to jam along to the classics "The Great Gig In The Sky," "The Dark Side of the Moon," "Wish You Were Here," and many others, you should grab your tickets as early as today. Click the "Get Tickets" link to score your discounted tickets now. 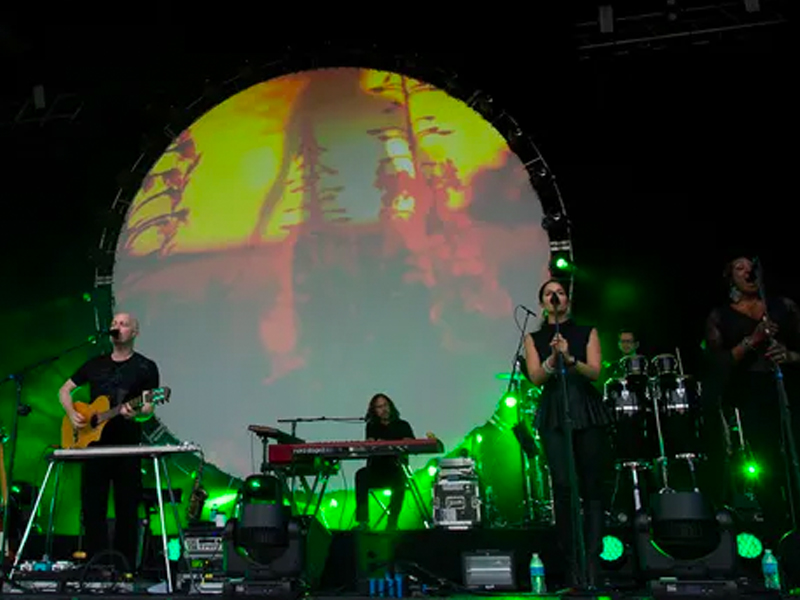 Considered the "World's Greatest Pink Floyd Tribute Show," Brit Floyd is a UK-based Pink Floyd tribute that has been making a buzz in the rock music scene since its inception in the dawn of the 2010s. The band has stood out among all the Pink Floyd tribute bands because of its elaborate stage presentation comprised of impressive light shows, projections, and inflatables. Any avid Pink Floyd fan would know that the tribute band's live performances are loosely based on Pink Floyd's 1994 "The Division Bell Tour," often referred to as the "Pulse" tour.

Originally an idea of lead singer/guitarist Damian Darlington, the band was eventually formed in 2011. He wants to continue with a Pink Floyd tribute show after being a part of The Australian Pink Floyd Show, another prominent Pink Floyd tribute band. Currently, the band consists of musicians who have all performed with TAPFS.

Since its inception, the band has done a lot of touring. It has also featured many of Pink Floyd's studio members and touring bands as special guests. At their Echo Arena Liverpool show in 2013, original Pink Floyd bassist Guy Pratt made a surprise appearance. Scott Page, saxophone for Pink Floyd, also played with them in 2015 at a Los Angeles show. Critics and audiences alike have hailed Brit Floyd for bringing Pink Floyd back to life on the concert stage again. Thus, it cannot be argued that no other tribute show comes close to matching the quality of the original.

This Sunday, April 30, Brit Floyd will take you on a nostalgic trip to the summer of the 1970s as they perform all of Pink Floyd's celebrated hits at Boston's Orpheum Theatre. Do not pass up this opportunity. Secure your tickets now!