The historical, Orpheum Theatre is one of the oldest theaters in the entire United States. Built in 1852, the Orpheum was originally named, The Boston Music Hall and it was pretty clear from the get go, that what ever it’s future name, this venue would have a long-standing reputation. 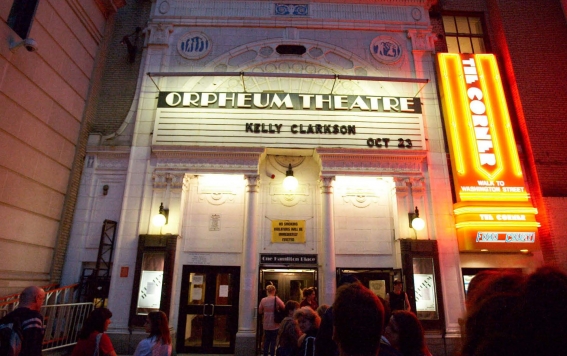 With it’s grand layout, including a beautiful concert hall, it is the perfect place to celebrate all of the best parts of live music. From acoustic acts to powerful rock bands, to full orchestras – every kind of style has been performed on it’s stage.

There is a huge buzz around shows at The Orpheum Theatre with so many world-class musicians coming to showcase brand new material and classic songwriting. Bands such as The Police and U2 have recorded albums in this very building. And one of the first singers to set foot on the stage was the legendary, James Brown, back in the early 1970’s.

This truly is a must-see for any music fan!