Performing from their magical, platinum-selling holiday album The Christmas Collection, Il Divo comes to Orpheum Theatre Boston on Sunday 17th November 2019 on their Holiday Song Celebration tour! Capturing the spirit of the festive season with their touching renditions of beloved Christmas classics, the renowned tenor quartet will evoke the wonder of the winter in this intimate, yet spectacular show! Tickets available now! 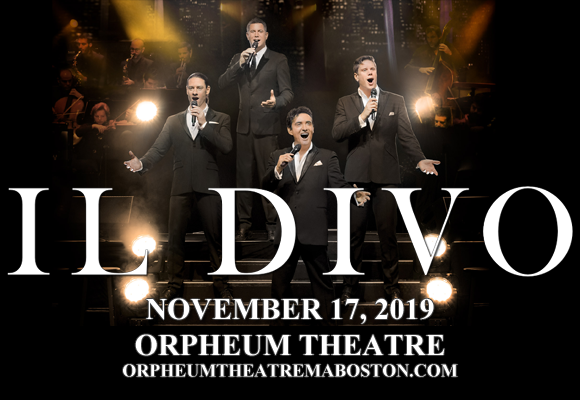 Pioneers of the operatic-pop genre, multi-national vocal group Il Divo formed in 2003 in the UK. The group has made huge waves in the classical-crossover arena with the 10 studio albums and two live albums released since its inception, and has sold over 30 million copies of its albums worldwide, with 160 certified gold and platinum hits in 35 different countries. In 2006, the group was not only named by the Guinness Book of World Records as the most commercially successful classical-crossover group in international music history in 2006, but also charted one of the best-selling music albums of all time, Siempre, selling five million copies in just one year. Their most recent studio album, Timeless, was released in 2018.