The Americana star – Nathaniel Rateliff has released the exciting news of his extended dates across North America, in support of his latest album. Nathaniel Rateliff is known worldwide for his flawless concert performances and will be bringing exactly that live to Orpheum Theatre Boston on Tuesday 10th March 2020! Tell all your friends and book your tickets for an unforgettable night of pure musicianship! 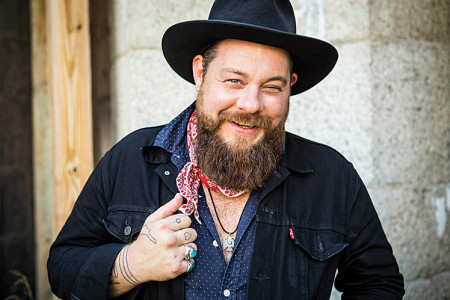 The talented singer/songwriter Nathaniel Rateliff has built up his reputation on the live music scene and has since been described by the New York Times as a “Denver local folk-pop hero!" As he started out in following his music passions as part of the local music scene in Denver, who knew that his career would take off and lead him to becoming an international star! The talented musician first started as a member as part of the rock band Born in the Flood in the early 2000's and progressed to persuing his own solo career towards the end of the decade.

With his new material under his belt, Nathaniel Rateliff began forming his initial studio album releases with the help of his band behind him and showcased his talents through his debut self titled record. He has since gained success from all of his work as he has crafted his unique Americana act with fellow musicians which he calls the Night Sweats. Together they have released several albums such as their self-titled in 2015 and their most recent record, Tearing at the Seams in 2018 which made it into the top 10 on the Alternative Songs chart and hit the spot at number eleven on the Billboard 200 for a week running. Tearing at the Seams also grabbed the number five position on the Alternative Albums chart – an iconic moment for Nathaniel Rateliff in his solo career.

Just last year, Nathaniel grabbed the spotlight once again as he dropped the news of a brand new album and of course an extensive tour to co-incide with it's release! 2020 brings the sensational artist right back to the stages across North America as he showcases his most recent singles from his latest album, along with his most loved songs of all time.

Come and be a part of the special night at Nathaniel Rateliff will be taking to the stage at Orpheum Theatre in Boston – there's no time like the present to secure your tickets and prepare yourself for the main event!