A fierce and festive night will come your way this October 29, at the Orpheum Theatre Boston, as queens of "seven deadly sins" strut their way to the stage. Be one of the fortunate souls to see the all-star drag queens live in "Night of the Living Drag." Hosted by Yvie Oddly, the show will excite drag fans all over Boston. Witness Aquaria, Asia O'Hara, Bosco, DeJa Skye, Kim Chi, Lady Camden, Rosé, and Vanessa Vanjie turn Dante's "Divine Comedy" into one glamorous act that will leave you at the edge of your seats. Get your tickets for the show and enjoy an early Halloween night filled with big wigs, flamboyant costumes, and world-class performances. Click the "Get Tickets" button to secure your tickets as early as today. 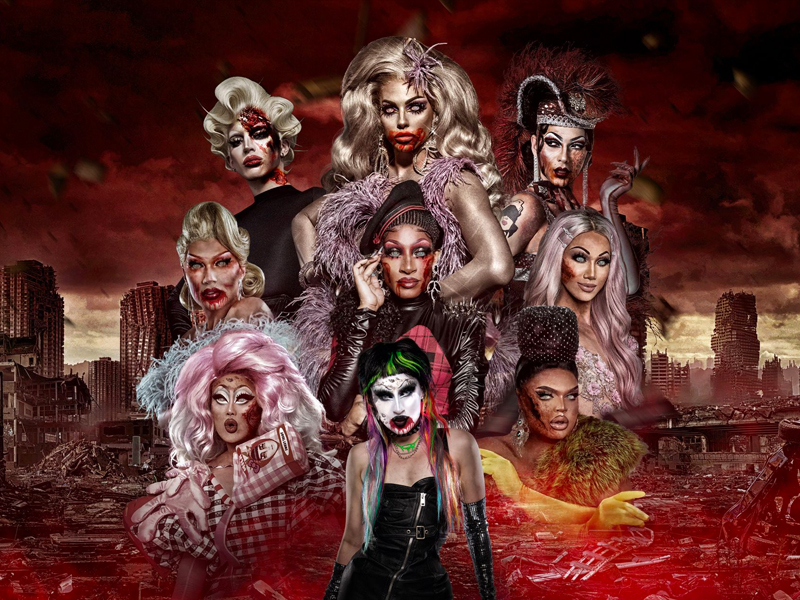 What makes a retelling of a classic better? Of course, do it in DRAG. Hell hath no fury like Rupaul queens turning Dante's "Divine Comedy" into glamor. In a "Night of the Living Drag," your Halloween will be not only spooky but also fierce and festive. With a cast of seven "deadly sins" of queens, you will have a night that is not a drag but a DRAG!

The annual Rupaul's Drag Race "Night of the Living Drag" will sashay its way into select cities this October. It is hosted by the one and the only season 11 winner Yvie Oddly, dunning her thirsty Boogieman persona from the All-Stars All-Winners season 7, which ended last July. Coming with her are drag race favorites Aquaria, Asia O'Hara, Bosco, DeJa Skye, Kim Chi, Lady Camden, Rosé, and Vanessa Vanjie. All of whom are unforgettable fan favorites (and viral memes) during their seasons.

The Orpheum Theatre Boston will have "an immersive experience with horrifying tableaux, state-of-the-art lighting, and a spooktacular sound system" on Saturday, October 29. If you are looking for a Halloween extravaganza in Boston, Massachusettes, this show is for you. Tickets are now available to reserve. To know more about this event, visit orpheumtheatremaboston.com.